See you all on Saturday!

I wanted to do something fun, to get us back in the swing of things. So we're going to examine a parallel universe where the Federation didn't form at the completion of the Earth-Romulan war. It's going to be a different kind of world. I'm still working out how we're going to execute this.

I hope to make this a start toward our full return - though our timeslot will likely shift due to our new series, Brand New Day. We'll sort all that out in the weeks ahead.

For now! I hope to see you all back in a couple of weeks

Last post by Klaw - October 30, 2019, 01:45:22 pm
Star Trek: Nova
Episode 7 - The Road Not Taken
Mission Start Date: August 16th, 2161
Airdate: Saturday November 16th, 2019 at 13:30 EST (18:30 GMT)
Nova's Escort Mission is taking an unexpected turn, when an Ion Storm forms in the convoy's path. Moments before the convoy altered course to avoid the storm, a crew and cargo transfer from Nova to the Polaris found itself in trouble, as the personnel have not materialized on Polaris, and their patterns are now missing...
93

)
Desired Positions (Please list with most preferred first): CSO, CE, XO
Any backstory: Torvek is a different kind of Vulcan. He follows an order similar to the V'tosh ka'tur, but with more restraint. Torvek lost his eye in a moment of overwhelming emotion when he found himself in a fist fight with a group of Klingons on Rigel. He wears his scars proudly, as a reminder to himself to maintain the balance between emotion and logic.
94 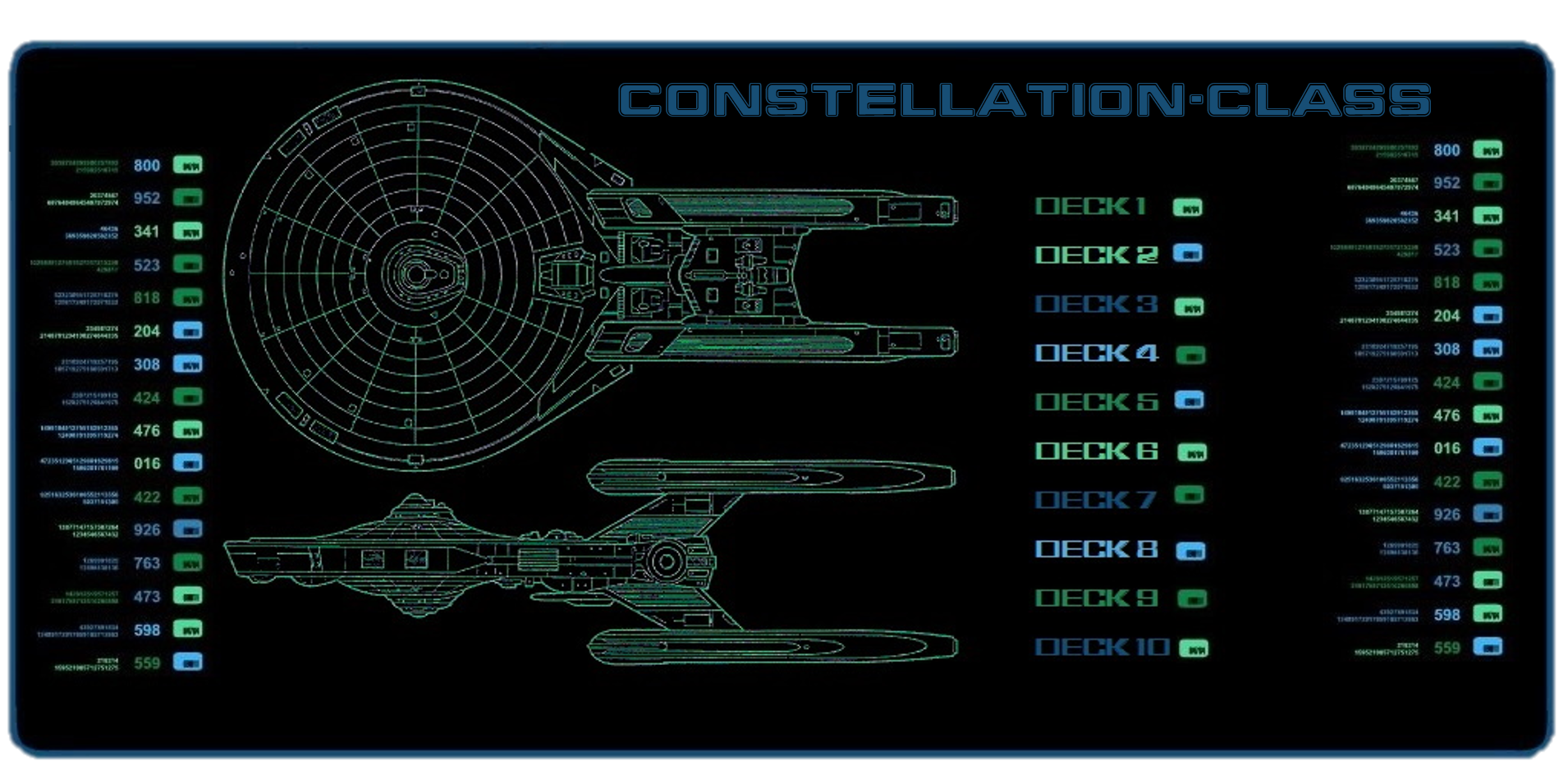 Capabilities
Maximum Speed: Warp 9.1 for 12 hours
Cruising Speed: Warp 8
Armaments: 8 Type VIII phaser arrays, 2 fore and 2 aft torpedoes launchers (Photon torpedoes)
Defenses: Deflector Shields
Auxiliary Craft: 3 Type-4 Shuttlecraft, 2 Workbees
The design of the Constellation-class began as a mid-level cruiser meant to supplement the fleet and provide a heavier alternative to the smaller Miranda or Soyuz-class ships that could support small task groups that would be inappropriate for an Excelsior-class or refit Constitution-class to lead. In the aftermath of the Praxis Disaster and the Khitomer Conference in 2293, the project developed an increased focus on improved propulsion and a focus on exploration capabilities.

Starfleet Command established the Department of Starfleet Exploration Operations in 2298, and the Constellation-class was expected to play a part in the new exploration missions. The third ship of the Development Project, the USS Archimedes was completed in 2300 and has been assigned to Starfleet Exploration under the command of Admiral Thompson.
96

Last post by StringTheorist - October 23, 2019, 06:57:57 pm
The USS Archimedes is the third Constellation-class starship. Construction began in late 2298 and incorporated design changes and new modifications created during testing of the USS Constellation and the USS Hathaway. The Constellation was constructed first as an initial class prototype and used to test the structural layout of the new class. Meanwhile, the Hathaway was used to test the new propulsion, tactical, and sensor systems designed for the Constellation-class. These first two prototype vessels created design modifications that were built in to the still under construction Archimedes.

The Constellation-class Development Project did not plan to build a third prototype ship. However, Admiral Victor Thompson felt that the new class of ship would be well suited to be at the forefront of Starfleet's new exploration initiative and requested the construction of the Archimedes. Construction finished in mid-2300 and the ship spent three months running trials with its sister ships in the Sol system.

Admiral Thompson and his team hand-picked the Archimedes crew to be part of the vanguard for the new direction of Starfleet in the aftermath of the Khitomer Accords. The USS Archimedes' maiden voyage is from Earth to newly-encountered Betazed via the Astric Corridor, a region of space at the edge of Federation territory that has only been mapped by automated probes. 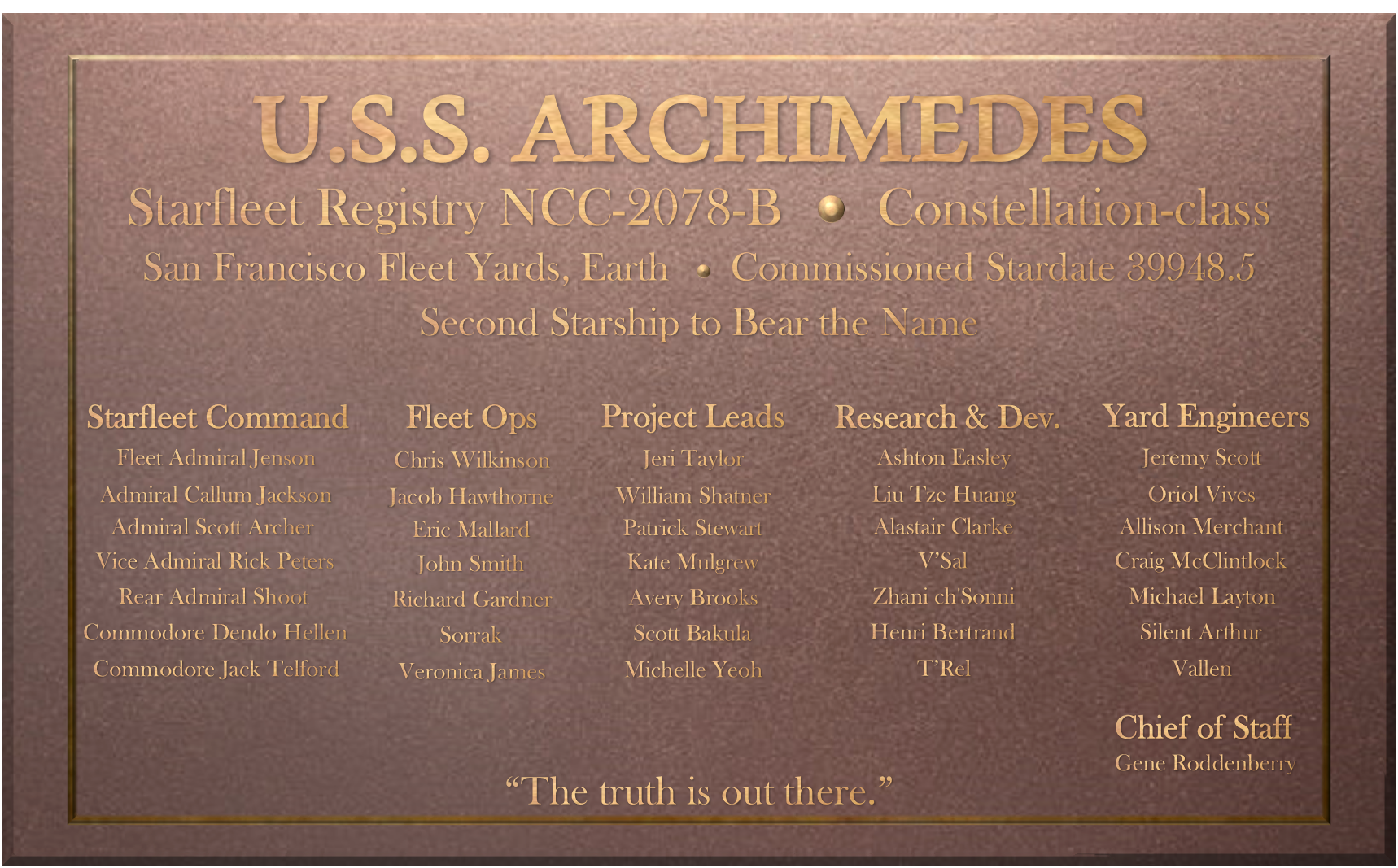 This is a wonderful thing! and Brand New Day looks fantastic!

Go and check it out!

I *hope* to be back to fighting strength soon, but at the very least, expect the following: 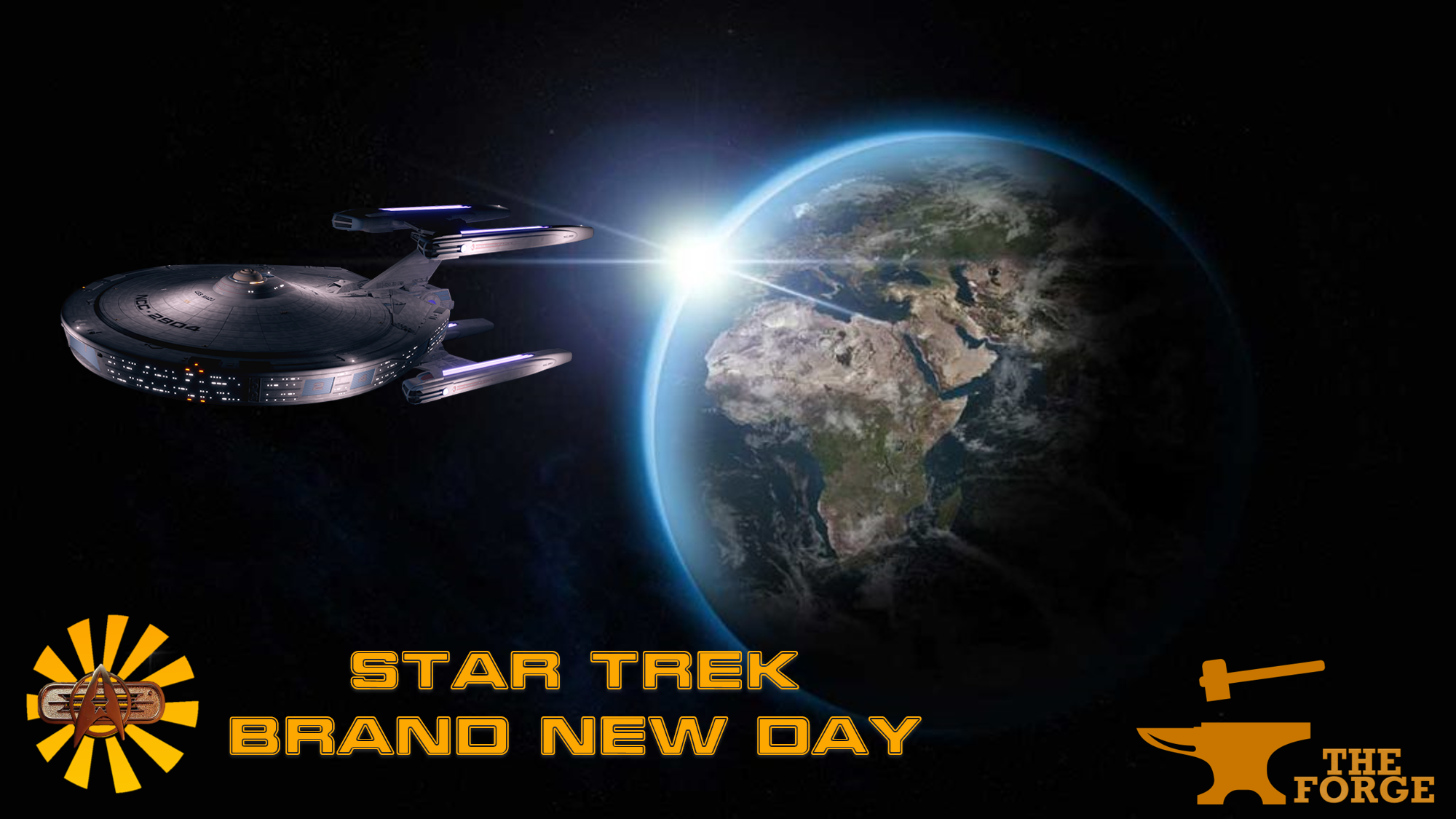 At the dawn of the 24th century, Starfleet and the Federation are ready to once again reach out to new areas of the cosmos and renew their exploration with a peace with the Klingons finally holding and the major powers of the Alpha Quadrant on the verge of co-existing peacefully. The USS Archimedes is the third of an experimental new class of ships. Packed to the brim with advanced scientific systems, outfitted with the newest engines, and hosting many species who have never been seen in Starfleet before, the Archimedes is set to go where no man has gone before.

This takes place at the start of the 24th century, a few years after The Undiscovered Country. The USS Archimedes is home to a multi-species initiative meant to bring in species who have not served in Starfleet before. Feel free to try out a non-Human Starfleet officer (within reason, no Klingons or Romulans in Starfleet yet). If you have a model in mind that doesn't have a movie uniform, I can add the uniform to that model.

For more information about the series, look here.
100

meanwhile - please keep up the fight!